eighty miles per hour on the turnpike–

yesterday somebody told me that for an agoraphobic* i get around. and this year, i have. yesterday i drove 337 miles to oberlin ohio to retrieve f2fb friend #1 eastman and i made it back home in less than twelve hours. talk about a kinetic military operation! unfortunately, i failed in my mission to see facebook friend bob garrity. . . .

this project is getting me out of the house, but i have anxiety attacks every time i step foot outside my comfort zone. an anxiety attack makes my heart squeeze tight, my skin break out in hives, and my brain go into hyperdrive–is it a heart attack? am i having anaphylactic shock? is it the moment when my body will spontaneously combust and i’ll be hurtled into the depths of hell?

quite possibly yes to all three. but why am i like this? why do i get so afraid of things that the average person finds perfectly harmless? i started off life pretty normal. my parents justin (f2fb #30) and aleta leiber were a young married couple studying at the university of chicago. i’ve since been told by justin that i was a colicky, difficult baby. sometime after i turned two, they decided to put me up for adoption. i don’t remember them or my life with them, but i remember the process of meeting the patrick family. here is me sitting between mrs. patrick and my new sister sandra (who had been adopted by the patricks as an infant). 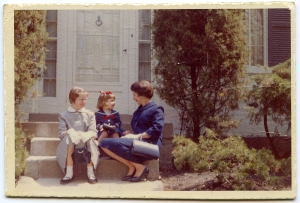 mr. patrick worked at the united states post office in labor relations. he was away from home a lot. he kept bags of candy in the top right hand drawer of his desk in his study at home. i would steal candy and always got caught. often, my punishment was to be put in the basement to consider my wrongdoing. oddly, i really think this made me think of the basement as both someplace i dreaded and a place of safety. i read books, i made up numbers games, i daydreamed. 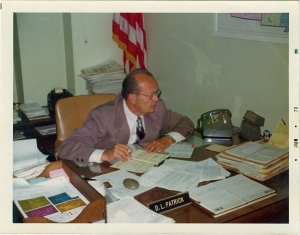 i adored sandra. i thought everything she did was perfect. she protected me from mrs. patrick’s anger sometimes. she often ironed in the basement when i was being punished and we would listen to rock and roll music on the radio. rock and roll was considered very dangerous back then. when sandra moved out of the house, mrs. patrick focused more on me. she decided that i was wicked, a partner with satan. she started having some hallucinations–it was hard as a kid to be able to figure out what were the things she saw and what things were really there. i started to worry that she would kill me. 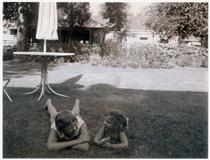 i first ran away from home when i was thirteen. i had two friends in high school who helped me. petrarch was the older brother of my friend jean–his real name is john lafond and he is f2fb #10. 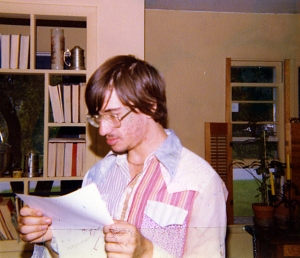 my other friend was zeke, real name john peterson. i don’t know where he is right now.

when the state got involved, i was put into a bunch of different placements. i was in a psychiatric hospital because a psychiatrist declared me to be depressed (i have since come to the conclusion that every teenager is depressed). i stayed for four months in a detention center where i was put in a cell at night and during the day all the residents studied together in a common area and ate meals in a cafeteria. i think these places again were like the basement–someplace i dreaded but which made me feel safe.

i think all anybody needs to succeed is one person who really believes that you are great. usually, it’s your mom or dad. in my case it was a social worker who said “you’re never going to finish high school but i think you could do well in college”. she helped me get into north central college where i met the eastmans. here are the eastmans with petrarch.

so i was in college. i had friends. i had survived. you would think i’d be just great. but i wasn’t. that’s when i started having anxiety attacks. the first occurred in a grocery store. i told a clerk i was having a heart attack. the paramedics were called. i was taken to the emergency room. i was given some antihistamines by a doctor who said he thought i was just having some problems with allergies. i never went near the grocery store again because it made me think i might have another attack. the rest of my life became a mapping of safe and unsafe places–every time i was in a “safe” place and had an attack, it became an “unsafe” place. unsafe places filled up the world like ink spreading across a piece of paper.

i work at home and i wonder if i have fooled myself that i have friends when i have a virtual connection to them. facebook can help me delude myself. but maybe facebook can also help me ask friends to help me reclaim safe places. . . . . like yoshi and reggie making mexico city safe, like john r. douglas and my new york friends showing me that new york is safe, like eastman yesterday showing me that the broad swath of america between my home and ohio is perfectly safe.

well, maybe not the ohio turnpike.

on monday, eastman and i strike north for madison where i’ll see f2fb friend cory russ rickerson and we’re going to a meeting with the rev. jesse jackson with the protesters. then i’ll head for beaver dam to take taylor jordan out for a culver burger. then i return to pick up eastman and possibly meet with liza roche. yep, for an agoraphobic, i sure get around. . . .

*i don’t make light of agoraphobia. it’s a scary problem. and it can disable you and close you off from experiences and people. i’m happy to hear about your experiences if you think you are like me–you can message me at facebook but also you can email me directly at apresser@hotmail.com

This entry was posted on Saturday, March 26th, 2011 at 1:29 pm and posted in Uncategorized. You can follow any responses to this entry through the RSS 2.0 feed.
« two things a man should never do with his penis
f2fb #83 and the gift he received from his first wife’s mother »

5 responses to “eighty miles per hour on the turnpike–”