a birthday alone is pretty difficult for most people.  facebook makes you feel a lot like you’re not alone because it shoots out reminders every day of all the friends who are having birthdays.  i try to send a message to the birthday boy or girl.  yo, shortie, it’s your birthday!

long before facebook, i had a birthday that seemed like it was going to be one of those depressing solitary experiences.  i had moved out of the patrick’s house when i was just shy of fifteen, i had somehow graduated from college (sideswiping that high school degree) and had gotten into law school.  i applied to northwestern law school because i knew how to get there from the train station. 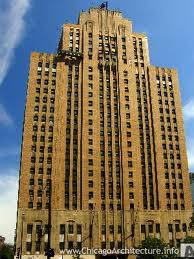 i moved into the lawson ymca four blocks from northwestern law school. my world was in between the two buildings. the first night i stayed at the lawson a man jumped out of a window and killed himself. it happened frequently during the three years i lived there.

we lost track of each other after law school graduation but we’re facebook friends.  she’s a fancy schmancy professor at the university of oregon law school.  i’m so damned impressed!!!

a little while after lunch, the sun came up in portland and it was time for me to say goodbye to f2fb friend #281–i am so glad i got a chance to hear the second quarter has gone well for this gal!!

This entry was posted on Tuesday, December 20th, 2011 at 8:21 pm and tagged with f2fb birthdays, facebook, performance art, tax deductibility of expenses for artists, university of oregon law school and posted in Uncategorized. You can follow any responses to this entry through the RSS 2.0 feed.
« absinthe, sweater trees, and the curious habits of seattle
my last f2fb flight of the year. . . . unless i can earn some easy money »