nobody (except my f2fb friend #312) lies about their age on facebook!

i left southgate michigan striking north towards detroit, thinking about how i was going to persuade f2fb friend #311 julia kovach to help out another facebook friend. . . last year my new year’s resolution was to meet every one of my 325 facebook friends.  to get out from behind the computer. . .  to spend real time with real friends.  now i think something intriguing is developing in terms of putting together facebook friends who need each other. 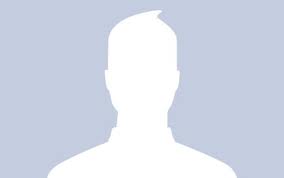 i was put up for adoption when i was three years old. i tracked down my biological parents when i was twenty five using a private detective--this is b.f. before facebook which has definitely made it easier to locate missing relatives. a few years after we met, my mother aleta decided she didn't want anything to do with me. i tracked her down on facebook and sent a friendship request two months ago. as it stands now, even if she hit "confirm" we might not be able to be friends because i have 5000 friends. i guess there's a good reason for the policy but i sure hope if my mom decides to be my friend that mark zuckerberg will allow that!

my friend marguerite joseph is 104 years old.  she is turning 105 on april 19th. however, facebook only recognizes a maximum age of 99.  doesn’t facebook realize that centenarians use facebook too?

here i am with marguerite and her granddaughter gail marlow (f2fb friend #109). the last time i saw gail was last year as part of this project. she owned a nightclub in cincinnati. that evening, i met a wonderful young male dancer who explained he was only doing it to put himself through medical school. i also got a jello shot licked off my chest. really, maybe i should shut up!

marguerite definitely looks younger than 104 and she was a most wonderful hostess for the evening.  i stayed overnight and prepared for the next day’s meeting in detroit with not one, not two, but three different facebook friends.  each of whom needs another of my facebook friends. . . . well, at least i think they do!

p.s. log on your facebook account, find marguerite joseph, send her a birthday greeting (tell her you’re my friend)–i promise that her granddaughter will read each greeting to her and when you’re having your one hundred and fifth birthday, i’ll send you a birthday greeting on facebook!  even if facebook says you’re a mere 99 years old!

i wonder. . . do you think facebook could shave 6 years off my official age?

This entry was posted on Thursday, April 5th, 2012 at 9:42 pm and tagged with 99 years old, adoption, birthdays, centenarians, detroit, facebook, friendship, julia kovach, lying about one's age and posted in Uncategorized. You can follow any responses to this entry through the RSS 2.0 feed.
« a christmas box angel and a little facebook matchmaking
a facebook matchmaker experience-a return to detroit »

4 responses to “nobody (except my f2fb friend #312) lies about their age on facebook!”