my facebook friends resolution comes to a grinding halt. . .

yes, grinding.  as in teeth.

today i was supposed to revisit mr. anonymous — the 314th — friend.  why is he anonymous?  he believes that people will not regard him as well if they knew that he is pretty much housebound.  anxiety attacks coupled with depression have created his own personal prison.  i visited him at his home and was so happy to have the chance to connect with this new friend that i did something pretty dangerous and ridiculous afterwards:

luckily, no facebook friends were harmed during the filming of that sequence!

so today i was going to travel back to the home of mr. 314, this time with facebook friend #315 tony tyner in tow!  say that last sentence five times fast when you have just been shot up with novocaine.

tony also has endured periods of being housebound and i thought he and mr. 314 could commiserate, be helpful to each other, to be friends.  mr. 314 particularly needs this because his wife has left him, he has no job, his doctors give him escalating dosages of zoloft that don’t seem to do much good. . . things are rough and they’re going to get better, but maybe it would be nice to have a friend or two.

and friendship can’t just be on facebook.  it has to exist outside.  and that’s what today was supposed to be about.  the three of us.  until. . . last night a funny feeling that when you’re a kid of six or eight is simply magical! 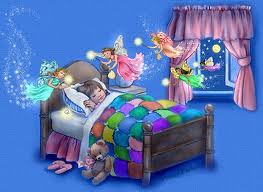 i used to give my kids dollar bills for the teeth that they’d leave under their pillows. oh, whoops! joseph and eastman, please disregard this caption! the tooth fairy really exists, along with santa claus, the easter bunny, and the mother’s day didyouforget? dragon. . . .

my tooth wiggled under my tongue.  and that’s how i knew that i wouldn’t be able to play facebook matchmaker today.  this morning, i had another round with the drills, the needles, the “open wide” and part of the tooth was taken out.  i go back for another visit to have what’s left of the tooth capped.  this tooth is getting a lot of attention and i hope it is appreciative! 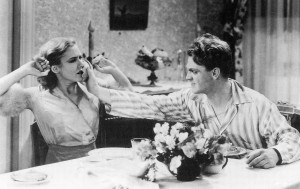 it’s tough to do an interpretive dance about dental work. or a collage. but this picture  from the 1931 movie “public enemy” pretty much sums up my day.

there’s another movie that serves as a coda:

the 1939 movie gone with the wind concludes as rhett butler says “frankly my dear i don’t give a damn” when scarlett o’hara at long last declares her love for him. as he leaves, she is at first heartbroken but then concludes she’ll win him back because, after all, “tomorrow is another day!”

and tomorrow i will figure out how to get back on track with facebook!  wait!  maybe investors feel the same way i do!

This entry was posted on Tuesday, May 29th, 2012 at 6:29 pm and tagged with dental work, facebook, friends, gone with the wind, novocaine, public enemy, root canal, tomorrow is another day and posted in Uncategorized. You can follow any responses to this entry through the RSS 2.0 feed.
« not completely abnormal and the thirteenth tooth.
at least i have a facebook job! and facebook friends #318 and 319 »

9 responses to “my facebook friends resolution comes to a grinding halt. . .”