the pursuit of happiness

it happens suddenly and it breaks your heart.  and sometimes you’re so ashamed you can’t tell anybody, not even your very best friend.

you become emeritus, of counsel, senior advisor, sustaining member of the board.  your clients are reassigned to the kid who tagged along to meetings last year.  the volunteer job you’ve done every year since you joined the dear charity is now done by a gal who has already had four meetings and didn’t think you’d be interested in attending.  your kids have graduated, left home, you don’t have to drive them to school in the mornings or make them dinner and when you call them they say they love you but they’re busy they have to go.  you almost envy the neighbors, whose son dropped out after a semester and has been living in the basement ever since.

you get dressed up for a wedding and think “maybe i’ll meet someone!” and you get seated at the “old ladies” table.  you linger over your coffee at the shop in the morning hoping you’ll run into someone you know.

for me it happened when my youngest son eastman didn’t come home between his freshman and sophomore year of college.  he had a job at a bowling alley and a girlfriend.  i had dressed up his freshman year with a flurry of freelance work, volunteer committees, yoga lessons.

i even wrote a history of northfield, illinois for arcadia publishing company. between permissions and paying the images specialist, i spent close to two thousand dollars. i will never make that money back.

i tried looking for work in the last refuge of a divorced woman in my town of winnetka–i would become a real estate agent.  bad timing–the market had tanked.  i failed at getting a job at caribou coffee because i couldn’t manage the cash register.

i was, in a word, old and obsolete.  it happens to everybody at some point, and it happened to me when i was fifty.  i stopped taking a shower every day.  and not just for environmental reasons.  the domino’s pizza delivery guy stopped saying “thanks!” for the tips and instead developed an “alone again, eh?”  sneer.  i didn’t have to work out at six so i could get to a meeting at eight, so if i woke up at two a.m. and started reading a good book, what did it matter if i didn’t get back to sleep?  and if i wanted to go to sleep at six p.m., what was wrong with dinner at one o’clock in the afternoon? 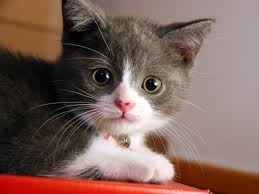 a cat or dog is a gateway animal. they’re so cute. they need you. sometimes they return affection. then you get another to keep the first one company. . . . 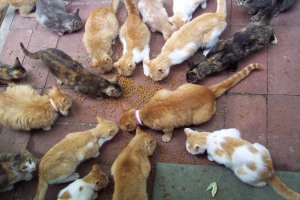 then you’ve got seventeen cats, you save all the back issues of national geographic and the grocery bags from lakeside foods and your neighbors think you’re weird. you die alone and lonely and your body isn’t discovered for weeks. the forty seven cats (there will have been some adorable new litters) are sent to aspca and some of them are adopted. some of them, not so lucky. (many apologies in my analogy to my friend pink ninjabi!)

but this is not to say i didn’t have an active social life just because i never got out of bed, wore my pajamas all day, smelled like sweat and left over mother’s day perfume circa 1992.  i had friends on facebook.  we played scrabble and mafia wars and shared links and signed petitions and congratulted one another for grandchildren, graduations, homecomings and successful recipes for fish tacos.  the fact that i hadn’t seen any of these friends since college or maybe not at all didn’t make any difference.  it was a party and i didn’t have to shave my legs or get nervous that i’d say the wrong thing!

having a purpose, having a goal, is happiness.

what’s your purpose?  what’s your goal?  because the wonderful thing about life is that you can hit that old and obsolete moment, but then you can set yourself up with a second act.  and a third and a fourth.  and sometimes there’s more freedom in your choices.

maybe the founding fathers meant the right to the “pursuit of happiness” to mean that we all have the right to have meaning and purpose in our lives. in any event, on this father’s day, many thanks to those dudes!

my facebook friend michele piersiak has a goal of going to the new york restaurant laconda verde.  she lives in staten island and has trouble leaving the house, much less the island.  but she is working on expanding her horizons and her boundaries.  on august nine, we’re going to test that goal.  and when she finishes lunch she is going to set her sights on another goal.  and then another.  i think this is bliss!

This entry was posted on Sunday, June 17th, 2012 at 6:47 pm and tagged with cats, facebook, father's day, friendship, goals, laconda verde, obsolete, old, purpose, too many cats and posted in Uncategorized. You can follow any responses to this entry through the RSS 2.0 feed.
« thank you mr. zuckerberg for my facebook new years resolution–it was an adventure!
five catholics, one muslim, a presbyterian, a baptist, a wiccan, a jew, a mennonite, and an atheist. . . . »

12 responses to “the pursuit of happiness”