gravity settings on facebook accounts to change, sun to rise in the west

mark zuckerberg is possibly satan.  at least, some folks feel that way when they find out the terms and conditions on facebook have changed or that timeline is mandatory or that privacy settings have suddenly shifted so that your mother now sees all the pictures of you passed out on your friend’s couch with a case of empties on the coffee table in front of you.

it’s possible that mark is satan because he has defied the essential laws of nature.  including the most basic economic law of supply and demand. 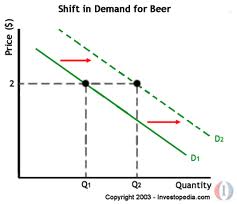 the dismal science of economics’ first principle is that if there is more demand (people want) for any asset (beer, gold, oil) the price of that asset will go up. if there is an increase in the supply (more more more) of any asset, the price will fall. but get out a six pack and look at this chart and you can figure out the implications without having to shell out tuition money to the university of chicago business school.

on may 18, facebook went public in one of the most anticipated initial public offering ever.  this meant that you didn’t have to be a facebook employee or a real not just facebook friend of mark zuckerberg in order to make money on the one billion member online nation.  the stock price on that first day was $38 and when mark zuckerberg wed priscilla chan that same week, it seemed as if everything he touched would turn to gold.

but that spring of his content was made inglorious by the summer’s discontent.  facebook’s stock price plummeted to an astonishing record breaking low of $17.55 per share.  facebook was washed up.  couldn’t compete with other social networks in the mobile device market.  had an eye popping 9% rate of profiles useless to advertisers.  some early investors in facebook, including cofounder paul thiele, sold what stocks they could–suggesting to the marketplace a sort of no confidence vote in facebook.

this past wednesday was predicted to be a bloodletting:  852 million shares in facebook, nearly as many shares as the pre-existing 921 million shares, would be released for sale.  past and present employees and early private investors were not allowed to sell these shares under legal trade restrictions that expired at midnight.  the morning bell at the new york stock exchange was to be the death toll as the shares were added to the already bloated supply of facebook shares.

instead, wednesday’s trading on the new york stock exchange in facebook shares was as bizarre as if mark zuckerberg had declared that gravity would not be enforced, that one should look westward for the sunrise and that thing where your older brother told you santa doesn’t exist? 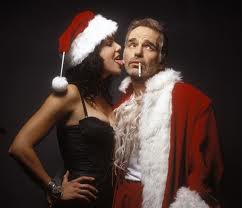 better watch out, better not cry!

by the end of trading, the facebook shares were settling into a nice 12% INCREASE to a price of $22.22.  this makes no sense whatsoever.  unless . . . well, sure, the rational explanation is that there is a class of investors who decided they would wait, that they would hold back and forbear until the trade restrictions expired.  smart investors.

and those folks who purchased on may 18 thinking they were in on the ground floor?  suckas!

or perhaps there’s something larger at work.  maybe mark has created something so magical and wonderful that it is beyond everything we have ever seen.  maybe he’s not satan.  and maybe his next trick . . . 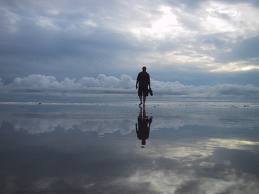 or maybe he’s just an ordinary guy who came up with an idea in his harvard dorm room and turned it into a billion nation empire in less than a decade. i could have done it too, but i was using my dorm room for partying, sleeping and playing james taylor on my eight track.

This entry was posted on Thursday, November 15th, 2012 at 8:49 pm and tagged with beer, facebook, facebook stock prices, friends, friendship, initial public offering, laws of economics, laws of nature, mark zuckerberg, satan, share prices, supply and demand and posted in Uncategorized. You can follow any responses to this entry through the RSS 2.0 feed.
« the only alternative is to break up
thank you for reading »

One response to “gravity settings on facebook accounts to change, sun to rise in the west”