denzel and sandy take away my flight mojo

i think i’m scared of flying again.  i was scheduled to fly into laguardia this week to meet new facebook friends and reconnect with my son joseph.  then, as the dire predictions rolled in about hurricane sandy, i felt that familiar panic about getting on a plane.  the three days before imagining crashes,bird strikes, fuel starvation, sabotage–to say nothing of panic attacks, homicidal fellow passengers, delirious flight attendants, ebola virus transmission. .. . 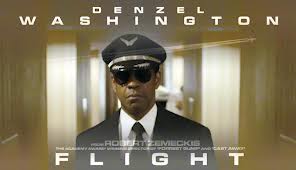 i also watched the trailer for the denzel washington movie “flight” and although denzel is the sexiest man on earth, i wouldn’t recommend watching this. even if you’re the most placid of flyers or high on a mixture of ambien and margaritas, just the preview will make you think twice about anything aeronautical.

when i made a commitment to meet all 325 of my facebook friends during 2011 i was a white knuckle flyer.  okay, honestly, i was a three glasses of wine and an ativan before i get on the plane gal.  i probably was in more danger from that combination than anything else.

as the year progressed, as i got on a plane just about every week, i stopped being scared.  stopped thinking about it too much.  drank less.  didn’t even bother with the ativan.  started to feel wonderful as the plane gently or bumpily  lifted me into the air.

still, the hurricane spooked me and it’s been nearly two months since i’ve been on a plane.  i have fallen back into the habit of fear.  i’ve lost my flight mojo!

the airports of new york closed and i will reschedule.  but now i will have to teach myself again to sally forth.  at least i have a credit at delta airlines!

so here’s an experiment.  watch the flight trailer — http://www.youtube.com/watch?v=lhUrWRV1cxs

now think about yourself on a plane.