home is facebook’s new software.  it takes over your android phone and places pictures and messages from your facebook friends front and center.  your phone becomes an extension of your facebook page. 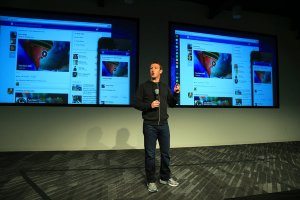 some analysts thought facebook might be announcing the creation of its own phone. that spooked investors so there was a  pre-announcement to clarify what will be officially announced on april 12. got that?

with facebook innovations, there are always concerns about privacy.  in the case of home, facebook will be able to retrieve and store information about likes, user location, messages and comments.  the information will be stored for ninety days and will give facebook a chance to figure out whether you are so lame as to listen to duran duran or that you’re addicted to playing mafia wars.  i assume that mark and the entire facebook team, true to their word, will honor facebook/user confidentiality.  and not share them with advertisers except when absolutely necessary which is, like, all the time.

the application will come preloaded on some phones released by htc, att and others.  so now you can have your phone dedicated to facebook.  investors have responded somewhat positively with facebook shares trading at over $27 for the first time since march 14.