facebook challenges the notion of a world of nations bound by geographical borders and nationally shared identities.  facebook nation will, by the end of the summer, have a citizenry of over 900 million.  which makes facebook’s census figures just shy of those of china or of the entire african continent.  facebook has a government insofar as SOMEBODY is making the rules.  i figure mark zuckerberg is king and his wife priscilla chan our queen. facebook national travel policy?  you can go anywhere as long as your passport is stamped “like”! 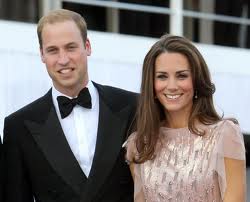 kate and william, by comparison are of a royal family that rules over the united kingdom, population 62 million, and it’s roughly twice the size of the state of new york. happy anniversary wills and kate!

facebook citizens can be separated by oceans or seated side by side at computers (or any reasonably intelligent phone).

i’ve been thinking about national boundaries in the past week.  in 2011, i began a journey that has hopscotched around the world and around my geographic country of america–all to meet my facebook friends, my fellow citizens of a country without borders.  before this journey, this resolution, i had never purchased a plane ticket for myself.  didn’t have a valid passport (only about one third of americans actually have one).  and i had never been out of the country before.  making a commitment to meet every one of my facebook friends in person has changed all that.

for most countries, a visa–a permission to enter the country–is either a fee one pays at the airport or just a wave hello from an official after you stand in line for a while.  other countries are a bit more stringent.  i sweated through several weeks waiting for my visa to india.  and it cost a lot of money.  this week i’m sweating through waiting on three visas to brazil. brazil is feeling a bit bruised because american policy about allowing brazilians into america has become more of a hassle since 9/11.  wouldn’t it be wonderful if we all belonged to the nation of facebook where there are no boundaries? 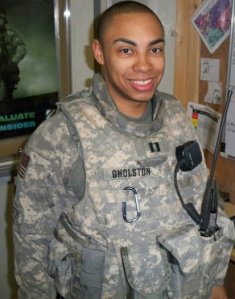 for the most part, i try to have a chaperone when i am traveling to see a facebook friend i’ve never met before. reggie has twice been my chaperone. without him, i’m sure i’d still be in mexico city at the plaza revolucion eating ice cream and chatting with my facebook friend yoshi maeshiro whom i met on facebook because he is a fan of my grandfather who wrote science fiction novels.

reggie is my chaperone for brazil, as is one other facebook friend vincent peters.  reggie is about to be deployed to afghanistan.  he cannot personally visit a brazilian consulate without going offbase.  so vince is pleading his cause at the brazilian consulate in washington.  meanwhile, i have gotten my shots and filled out my paperwork.  it’s very unnerving to hand over one’s passport to a representative of another country and have them say “we’ll get back to you on this.”  i do what i do because i believe strongly that if we are only interacting on the internet we are not fully engaged.  we are only friends if we can cement that friendship with reality.  we leave for brazil next week.  between now and then i need to learn the words i learn for every country i visit:  hello, goodbye, thank you and friendship!