create that panic attack. . . and enjoy it!

this week i have spent almost all of my waking time eating the chocolates from my christmas stocking–and reading facebook messages.  in fact, i’m spending so much time on facebook that i’m starting to worry that i’m living in my computer like i was in december 2010.  which was part of the reason i made the resolution in 2011 to meet all 325 of my facebook friends.  i am reading messages from new facebook friends.  they tell me about fear, isolation, disappointment, self-loathing.  mostly, it’s people who have said “i can’t” and the can’t is anything outside their door.  in fact, there’s a few where that door is their bedroom door and they can’t even manage parts of their house.

these are smart, plugged in, caring sometimes very funny and witty people.  they feel they’ve disappointed their families.  they wish they could travel and experience the real world.  they have made a place for themselves on facebook.  and now i’m part of that world. 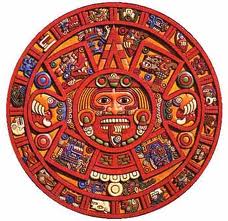 according to some interpretations of the mayan calendar, the world will end in december 2012. according to the digital marketing firm icrossing, facebook will have its one billionth user set up an account on august 12, 2012. spooky!

one new friend is brandon, twenty six years old, living in los angeles.  he has trouble with panic attacks.  he has gone to the emergency room absolutely convinced he’s having a heart attack.   boy,  i’ve done that! he has gone through periods of being housebound.  me too!  we have been messaging each other quite a bit and we’ve discovered something else we share.  the outside world is frightening because we’re scared we’re going to have a panic attack and we’re going to be embarrassed, helpless, made fun of.  as brandon put it to me, if he is at home he knows that if he panics, he can make a cup of tea, sit on the couch, try to calm down and call 911 if absolutely necessary.

he made me think about why i’m scared of flying.  i know statistically the plane is unlikely to crash which is what i say when people ask me what i’m afraid of.  but i have that moment when my heart starts racing as the plane is taking off.  . .

one time, i was on a plane and the person i was with said "oh, that's the noise the plane makes just before it crashes". i screamed. i was so ashamed of myself that i spent the rest of the flight with bright red hives. and didn't get on a plane again for years. and then only with a lot of white wine sloshing around my stomach.

i'm completely freaked by wal-mart but a lot of people are. it's like they've stuffed the entire planet into a pig's intestine.

brandon forces himself to go out and create a panic attack, and let it wash all over him.  that’s basically what my entire 2011 was all about.  letting the panic wash all over me as i made my way through a list of facebook friends.  in some sense, trusting each facebook friend to be a friend.  sometimes i would have to say “i’m having a panic attack, help me”  and you know what?  no friend ever let me down when i asked for help.

brandon and i agreed that we both have done the usual–antidepressants, sedatives, drinking too much, therapy.  and so have a lot of the new facebook friends i’ve been introduced to.  i think brandon’s trying something very interesting.  and i think it’s time for me to get back to being out from behind my computer screen.  because if i don’t do that, i’ll backslide into being someone scared.

my new year’s resolution last year was to meet my 325 facebook friends.  around this time last year, i was taking baby steps towards my goal.  i didn’t think about how impossible it was.  i didn’t think about how i would have to get on a plane.  i tried not to think about the philippines, taiwan, korea, india. . . i secretly hoped all my facebook friends would move to winnetka, illinois.  if you’ve made a resolution–especially one to get outside your comfortableness–you should be making one small step every single day.

i'm a big believer in index cards and datebooks. this time last year i was definitely working on a day at a time. . .

all right, i have to go create a panic attack. . .