dr. drew, we’d like a house call please. oh, no, we’ll just take care of it ourselves!

a few months ago i was on the dr. drew show.  i was asked to talk about my new years resolution to meet all of my 325 facebook friends.  it was a resolution i made at the beginning of 2011 and i fulfilled it.  this year, i’ve expanded it to include facebook friends i’ve met since then!

i don’t watch a lot of television so when the producer from dr. drew called, i kept visualizing dr. phil who is a protege of oprah. then when dr. drew was described to me, i got him confused with anderson cooper. really, they should have baseball cards for television dudes.

i dutifully arrived at the chicago cnn studio at eight o’clock on a friday night.  there were exactly two people in the office — and eight desks.  it’s really that small.  the cameraman hooked me up to a microphone up under my dress and a n earpiece up under my sleeve.  with the earpiece i could hear the show being taped in los angeles.  in front of me was a camera.  behind me was a fake skyline of chicago to make it look like i was in front of a window.

i don’t wear a lot of makeup except mascara and i can out-kardashian anybody on that black stuff. but the makeup/hair lady for dr. drew really shellaced me to get the “natural” look. then she chastised me for touching my face or hair.

i was seated there for an hour and a half while dr. drew taped segments and took breaks and did whatever.  i could hear everything because of my earpiece.  couldn’t see anything because the only thing in front of me was a black camera lens.

and i got antsy.  i got nervous.  i wanted out.  i felt trapped, like the microphone and earpiece wires were chains.  like my skin was on fire.  like my lungs were collapsing.  the hives were so red they showed through the inches thick makeup.  the cameraman and makeup artist knew each other and were gossiping in the hall.  but i was told to stay in my seat.  i thought. . .

I’M GOING TO BE THE FIRST PERSON TO HAVE AN ON-AIR HEART ATTACK ON THE DR. DREW SHOW!!!

and i sort of understand something about people with agoraphobia that other people might not understand:  there is no understanding by the medical community about how to treat this stuff.  we don’t have house calls from doctors.  we don’t have social workers who will really commit to treating progressively from phone calls to house calls, to guided visits.  we have family who says “why don’t you just try harder?”  we have friends who can’t understand what the difference is between the safety of the house and the complete terrifying chaos of the sidewalk.

that’s why a lot of agoraphobics, such as myself, are self treated.  i decided, win or lose, anxiety attack or not, disaster or success,  i would meet all three hundred twenty five of my facebook friends.  cured?  hardly.  i have my days.  i have my weeks.

one of my facebook friends, brandon, lives in los angeles and went through a period of complete agoraphobia.  he understands.  and together, we’ve got something to help out our fellow survivors.

if you are an agoraphobic, someone with panic attacks, or someone who is familiar with someone of this nature, what would you like to see to help???

p.s. i didn’t have a heart attack on the dr. drew show.  i don’t think i was on the show for more than thirty seconds.  the “expert” guest said that my facebook adventure was “dangerous” because people with panic attacks should rely on a professional.  by that time at night, my opinion of professionals was . . . oh, shoot, i shouldn’t use bad words, should i?

uh oh, some stupid risks i take and that phone app

mr. anonymous (the 314th facebook friend i’ve met since starting this new year’s resolution) was a bit nervous about meeting me.  well, i can assure him that i was nervous too!  it’s hard to meet someone for the first time and as i drove up to his house (thank you gps!) i had a bit of the acid reflux heart fluttering red hives on my face anxiety going.

i ordinarily never visit someone i’ve not met before in their home.  it’s a safety issue.  but there wasn’t any choice because mr. 314 hasn’t left his house much in the past two years.  he’s able to sometimes go to his father’s house (a few blocks away) and to his church (a little further than that).  earlier this year, when he needed to travel six miles to get his drivers’ license renewed, i was so happy for him. he felt like it was an ordeal.

a couple of years ago, he quit his job because of anxiety attacks that persisted no matter what he tried.  then the “safe zone” got smaller and smaller.  his doctor put him on 25 mg. of zoloft.  when he went back for an appointment and said “this isn’t making things any better” the doctor said “let’s try 50 mg”. . .  it’s become even more painful because his wife has just this past week announced that she has filed for a divorce.  his doctor has upped the ante on zoloft, putting him on a prescription for 100 mg.  there is no way that his next few months are going to be easy.

i just wish there was a way to make sure this man knows that he’s not alone.  even when he’s in his house by himself, he’s basically got friends–okay, sometimes they’re “just” facebook friends–who know what he’s going through because they’ve been there too.  i sort of wanted to say that and i’m not sure i was completely successful. . .

i did ask an enormous favor of mr. 314. a phone app and video developer from los angeles has been working on an app to help agoraphobics.  i put the two of them on the phone together.  i hope mr. 314 will agree to be the first tester of this app!

what qualities would you want if your phone could help you get out of the house?  i know mine better say “put that damn flip camera down and drive!”

an anonymous agoraphobic and a question for YOU!

i have been on the road and this morning i am two hours away from f2fb friend #314 mr. anonymous.  well, i don’t actually know that he wants to be anonymous but we’ve been corresponding since the first of the year and everything he’s written suggests that he is worried about publicly confessing to having disabling panic attacks and agoraphobia.

i find this weird, maybe because the past year and a half i have been chronicling everything i have been doing — including those white wine “i feel rejected” benders, the fraught relations with my biological father, the crying jags, the strange and bewildering consequences of youthful tragedies.  but also, i find mr. anonymous f2fb friend #314’s concern about being “outed” as weird because i read tmz.com, radaronline.com, and pagesix.com online every morning.

and i am treated to celebrities confessing to spousal abuse, eating disorders, gambling problems, pill popping, alcoholism, infidelity, sex with minors, sex with family members, sex with . . . whoever happens to be around, being gay, being a man in a woman’s body, being a woman in a man’s body, having a penchant for hookers, dressing up in the wife’s clothes, shoplifting for the joy of it, anger management issues (also known as acting like a damn three year old), and the ever popular exhaustion and dehydration. 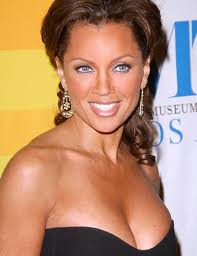 vanessa williams just released the book "you have no idea" and it reveals that she was molested as a ten year old by an eighteen year old woman, that she was "highly sexualized" as a teen, that she had an abortion when she was nineteen, and that she trusted a photographer who wanted to do some "art" shots of her. by her own description, she went from the cab to naked with a dog collar in less than an hour. those pictures were printed in penthouse and caused her resignation as 1983 miss america. she's bounced back. but there's a lot of 'fessing up she's doing with this book.

i have nothing against the self-disclosures.  i think it’s healthy.  but why can’t someone come right out and say “look, i’m an agoraphobic.”  mr. #314 can manage a few miles radius around his house on a somewhat erratic basis.   but by and large, he’s housebound.  and doctors have done a lot of damage with the usual run of sedatives, antidepressants, etc.  that only seem to make things worse.  and it is worse than it was when we first started corresponding.  his wife is throwing in the towel.  the support systems are crumbling.  several times over the past months, we’ve attempted to set up a time to see each other just so i can learn from him and maybe share my experiences with him.  yesterday, he emailed me to say “i can’t.  i’m too nervous about the prospect of meeting you”  i said please don’t cancel because i have a present for you. 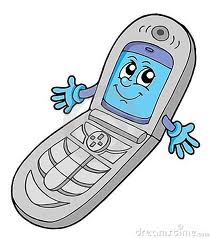 many people with anxiety and agoraphobia rely on facebook, email and cell phones to keep up with family and friends. one facebook friend who is housebound calls her mother at work. her mother leaves her cell phone on and lets her daughter "be" with her during her work day. my facebook friend calls it "having mom let me be in her pocket". . .

with a facebook friend from los angeles, i have been developing a phone app to help agoraphobics and those with social anxieties.  it’s not biofeedback.  it’s not guided meditation.  it’s not haranguing, although i do a great harangue.  just ask my sons.  instead, it’s a companion who will walk with you out the door, to the sidewalk and beyond.  and it’s based on my firm belief that therapy makes you dependent on therapy, drugs make you dependent on drugs.  YOU are the only one who is completely invested in getting yourself the terrific life you deserve.

my question to you:  would you want that app?

and please, wish me luck.  i last wrote to him that i would be at his house.   i would knock on the door.  if he was too nervous to answer the door i’d wait for a while.  but at least i will try.