yesterday, i went to a concert performed by f2fb #158 david yonan, who is a protege of elizabeth stein.  it was wonderful, he’s really talented, and i learned a lot afterwards about violins, their construction, and music.  i hadn’t realized that sometime during the concert the two hundred thousand dollar violin david borrowed for the concert occasionally had gone out of key. i just thought it was modern classical stuff.  you know, like mahler goes wild.

then i went out with f2fb friend #159 richard gordon.  he’s the sort that if the impossibly handsome and debonair louis jourdan was not available, mr. gordon could step in. 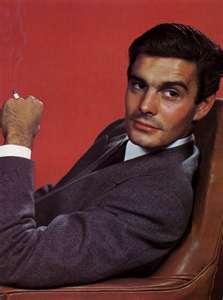 how do i know richard?  well, he’s the ex-husband of elizabeth stein.  david yonan’s mentor.  i was supposed to have lunch with elizabeth (AND get a violin lesson because she’s a stradivarius dealer) but she cancelled.  how do i know elizabeth?  uh, actually, she went out with my ex-husband stephen.  may still be going out with him.  and i’m sure i don’t know the half of it.  and really, it’s none of my business.  except to say that she has three men i know who are in love with her:  my ex, david, and richard.

i met richard at the union league club in chicago.  i was very late because most of the traffic lights on the way were down because of a storm.  but he was forgiving.

chicago has a lot of private clubs.  like every other big town.  but after one drink at the union league club (sorry, no pics or film, they would have tackled me), he proposed a different sort of club.

during prohibition there were speakeasies in which one could purchase illicit alcohol.  this club allowed for illicit smoking.

the joint was managed by a dude in a tom ford suit, white polyester shirt, and velvet ralph lauren evening slippers.  he picked out a smooth, sweet davidoff cigar for me.   no socks.  of course.  i chatted with a young man who is taking divinity classes at yale and wants to be a priest but has a predilection for smoking and johnny walker black.  i asked him about women but he says he doesn’t like women of his generation because they don’t concentrate on the important things in life.  i don’t either, so i would suggest to him the carthusian monasteries.  they at least have great food and wine.  and no women.  i then asked him about the vow of poverty.  not into it.  and not every priest is.

richard, a.k.a. louis jourdan, was a witty bon vivant.  i really had to tear myself away–but he folded me into a cab and told me i was welcome to see him anytime.  i appreciate that.  this morning, i have as a souvenir of our time together a box of matches advertising the Iwan Ries Lounge and a hacker’s cough.

the place has been around for five generations but i understand the recent heir does not want to continue the business!