sites and stats for the beginning of december

new year’s resolution december 31, 2010:  to meet every one of my 325 facebook friends at least once in the calendar year

number of friends who have defriended* me or deactivated their account:  11, two having done so AFTER i have seen them–one because their girlfriend found out they met me and the other for reasons that have nothing to do with me so nine are people whom i will not see this year.

number of friends whom i have defriended*:  2 and one is gilbert gottfried

number of friends who have become so famous that now i’m a “fan” and i can’t get communicate directly with them:  three

number of friends who are spambots:  six and i really really don’t want a new iphone.

number of friends who are animals:  one cat and one dog and i don’t think i should bring them together.  there is a large dog community on facebook that i have become aware of.

number of friends who are confirmed to have passed on (or become late, as long as we’re going to use euphemisms):  5 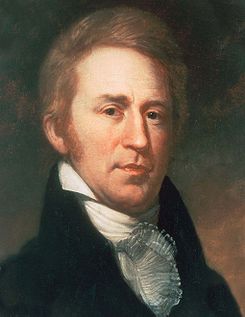 william clark is the american explorer most definitely dead since 1838. still, he is f2fb friend #60 and i "saw" him in princeton, new jersey. his biographer lanny jones is f2fb friend #59 and was our chaperone. briefly, facebook deactivated mr. clark's account on the basis that he was a "fraud" of some sort. my friend has been restored to facebook.

number of friends who just won’t respond to me, period, and i have to stop contacting them because i’m feeling like i’m being a stalker:  18

number of times i have been stood up by my friend in cleveland:  five and i’m giving up

number of times i have flown into los angeles and driven into san diego:  twice

number of friends i still have left to see in los angeles or san diego:  five (if you have any suggestions, bring it!)

number of flights i’ve taken this year:  39 (not bad for someone with a fear of flying)

number of flights i’ve taken this year without a ritual pre-flight beer or pre-flight ativan:  3

northern most place i have traveled to:  a layover at kotzebue, alaska on my way to nome, alaska.  i could have spoken with santa or russians but everybody was on their coffee break.

southern most place i have traveled to:  a layover in kuala lumpur, malaysia on my way to mumbai–i don’t remember much about malaysia because there was a heavy storm, a rough flight into the city, and there was wine available at the bar outside of the gate for the flight to mumbia. 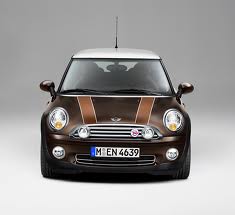 will i finish this year’s new year’s resolution:  don’t know, but probably going to have to settle for an asian f.

in episode 3 of season 3 of glee, the character mike chang gets an a minus and his father attributes this "asian f" to mike's devotion to the glee club. my asian f will come about because of a combination of spambots, deactivations, defriending, and people just not wanting to see me--oh, and alex grace having the nerve to move to mexico city AFTER i had already been there.

plans for december:  a trip to new york which will last just about thirty six hours, a trip to the pacific northwest which will include british columbia, and two other road trips.

the person i was:  scared

the person i have become:  less scared

question i have wondered this entire year:  are you really my friend?  or are you “just” my facebook friend. . .

*the new term is “unfriended” which makes it sound like the un-cola 7-up!