it you were at the face 2 facebook party at round table books in winnetka, thank you so much!  it was a lovely evening and it made me realize what wonderful facebook friends i have!

guests were asked to bring a new or gently used children's book to donate to reach out and read illinois! an unexpected development was that the kids who showed up for the party had something to read!

and of course, every party has to have an after party:

cleaning up the next morning, i was a little puzzled as to why there was a random pink wig on the kitchen counter. i had eight house guests. does anybody have something they want to tell me?

the party was called “guttenberg* to zuckerberg” and celebrated the many forms that books can take–our host the owner of the round table books arthur frank opened the evening by showing guests a goat skin bound 16th century book.  with my genius friend o.j. dorson  i was able to show off a permutation of the notion of books–namely, a multimedia book that tells the story of my year of meeting facebook friends.  the next morning, i went to my neighbor caryl seidenberg’s home.  she has a press called “vixen press”. 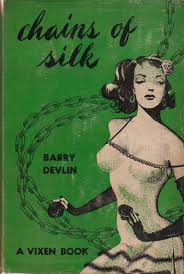 vixen press was founded in 1953 by gil fox and published one hardcover book a month of an, ahem, adult nature. barry devlin was their most prolific writer.

no, no, my neighbor caryl has a basement press where she hand prints her books.  she has an intriguing and expansive definition of book.  one of my favorites is “confection” which is really a candy box with word blocks in the individual ruffled paper candy holders.

caryl has printed books for notable authors including the poet laureate robert pinsky. here she is at one of her presses. the tour of the vixen press made me think that about how books have changed from the cuneiform of babylon to the ibook to the hand detailed books she creates.

today i am making arrangements for next week in new york meeting facebook friends!  i hope i can figure out how to give another party as wonderful as the one at round table books!  many thanks to round table, to the people at the grand grocery store in winnetka who donated the refreshments, and to the facebook friends who gave books.  xxoo, arlynn