in the final countdown of this new year’s resolution

the first step in any great adventure is to make your goal:  finding the new world, touching down on the moon, making your first million, winning an oscar, meeting all your facebook friends.  that which doesn’t not seem impossible is not worth doing.  make that resolution and then tell EVERYONE you know exactly what you’re up to.  the modern way to do that is tweet but i am not a twitter, i posted on facebook.  which makes sense since my goal was to meet every one of my 325 facebook friends.  think about how grand it’s all going to be when you’re a big success!

damn, queen isabella just gave me the dough to take three boats and head west! gotta change my relationship status from single to "it's complicated"

the second step in any great adventure is to wake up the next morning with a great sense of the “take it backs”.  no, you can’t take it back.  it felt wonderful thinking about success, but it’s okay to spend a few days huddling up under the covers hoping all your friends and frenemies have forgotten all about this.  they haven’t.

the third step is just a baby step.  in my case, it was hauling my son eastman (facebook friend number one!) out onto the front porch.  we smoked a cigarette together.  we talked for a while.  i posted a blog.  i posted a video.  i thought “okay, just 324 to go!”  and that’s exactly what you need to do:  clip a coupon and put aside a buck fifty for that million, leaf through style magazine and decide on the designer of the gown you’re going to wear on oscar night, or maybe take a tour of the huntsville, alabama rocket museum for inspiration. 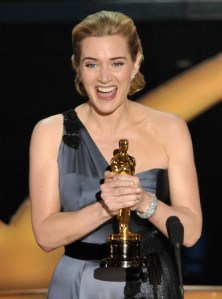 the first step to a successful oscar win when you've never done anything more ambitious than a christmas pageant is to pick out your gown. maybe write your acceptance speech.

the fourth step, take a step just a little more ambitious than the baby step.  repeat as necessary.

i had a massive anxiety/asthma attack waiting to meet f2fb friend #225 larry rieger. i didn't say it was going to get easier, but larry was so sweet and interesting that it turned out all right! he also gave me a cd of beautiful music he plays and some of which he composed

you’ll have cheerleaders–cling to them.  you’ll have doubters–smile because one day they will clap you on the back and say “i always knew you had it in you”.  and if you wake up every morning thinking “what the hell am i doing?”  well, i just hope that doesn’t happen to you.

but what do i know?  wait until december 31, i guess.  in the meantime, a rough itinerary:

sunday october 23, leaving for south korea, will arrive at four o’clock in the afternoon on the twenty fourth.  hello john chie!!!

wednesday the twenty sixth reach manila by nine thirty in the morning to meet mark bitanga del rosario and his family.

tuesday november first, fly into dusseldorf and take a bus to dortmund to see claudia klose

wednesday november 2 fly into luten which is a suburb of london and over the course of the next six days track down brandon brown, anna brooke and mark jonathan cage before heading home on the ninth!

and then i still have the entire northwestern quadrant (oregon, washington and vancouver) as well as another hit on los angeles and new york. . .

This entry was posted on Tuesday, September 27th, 2011 at 5:25 pm and tagged with f2fb, facebook, friendship, how to find the new world, how to win an oscar, personal goals, personal resolutions, self-doubt and posted in Uncategorized. You can follow any responses to this entry through the RSS 2.0 feed.
« Najpiękniejsze panny młodej na świecie
als and my facebook friend’s mission »