i finish up seeing facebook friends in england! now to get myself home. . .

there are so many levels of hell, according to dante, but i don’t think he ever anticipated the easyjet tier of hell.  getting out of dortmund, germany after a bruising reality check that facebook friends sometimes will just NOT EVER want to meet and that i could be an idiot (the latter being my own little mantra), we alighted to dortmund international airport where security felt up my twins and played around with my lady bits in a manner that i really we should have had a “relationship talk”. 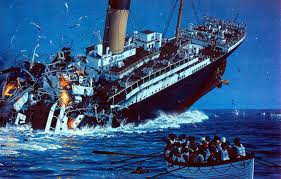 the easyjet boarding system is modeled on the highly successful titanic lifeboat boarding system. when we took off i had the odd sensation that i could fly the damn plane better than the pilot. this did not instill confidence in me because i generally do not pilot planes. well, i never pilot planes.

we had a reservation at the “easyhotel” owned by the airline.  imagine the jetsons trapped in orwell’s 1984.  but then it was onto london to catch a train to bristol to meet f2fb friend #248 anna brooke.
i hadn’t seen anna in fourteen years.  she was the assistant to a colleague of my ex-husband’s.  anna and her husband stephen were newlyweds (well, maybe a couple of anniversaries past that status) and were desperate to have children.  they were going through ivf.  they were eating soy products thought to improve fertility.  they drank nonalcoholic wine which i think suggests an absolute commitment to conception.  and yet, they were disappointed.  we lost touch, time passed, and then i see anna on facebook.  we friend each other.  i notice she posts a lot about catherine and daniel, two youngsters who are unbearably cute.  i realize she’s had kids.  i dont’ how to ask her “what the heck happened?”  but, you know what?, we got to have that conversation in bristol where the family of stephen, anna, catherine, and daniel live. THIS is exactly the sort of situation that calls for YOU to meet all your facebook friends in person.  unfortnately, both my cell phone camera and my video cam gave me trouble, otherwise i’d show you the handsome and delightful quartet!

in bristol, we saw a suspension bride designed by isambard kingdom brunel, a nineteenth century engineer. he died before the bridge was even being developed. would you rather be revered and famous after your death or before?

from bristol, we alighted to brighton/hove on the train.  little did we know that the british railway system is a bit ungainly.  the train “terminated” at worth and all passengers were advised to leave.  most made the decision to take an alternate train back to london.  but if i missed brighton on november 4, i would have to come back on the fifth.  guy fawkes day which is celebrated most particularly in the town of lewes, next to brighton.  tens of thousands of people come to lewes to commemorate the blowing up of parliament by a catholic and the burning at the stake of seventeen protestants during the reign of queen mary 1.  i wore my rosary under my sweater just in case.  the book of revelations talks about how you’ll know the endtimes are near if guy fawkes celebrations are ever held at the same time as halloween.  so i didn’t tell anybody about trick-or-treating, apple-bobbing, or egging your neighbor’s windows.
http://www.bbc.co.uk/news/uk-england-15648618
we took a bus into brighton/hove and met f2fb friend #249 mark jonathan cage and his very lovely girlfriend laura.  they laid out the most remarkable “traditional” english sunday dinner of roast chicken, roasted potatoes and turnips, steamed vegetables, suet pudding,  dressing, a homemade apple and honey cake with  ice cream and custard.  i wondered what they were going to do for a main course.
mark took us all to beachy head which is the suicide “go to” place in england.  it’s amazing how tall the cliff is and how exposed it is. when mark told me that a huge problem is erosion i was like “uh, no thanks” and i wondered about why i was seeing a facebook friend whom i had never met, but with whom i had played online scrabble.  it was pretty damn windy but luckily i was ballasted by my weight.  so that’s why the traditional english dinner is so grand!
then off to heathrow to get ourselves back to america.  seventeen days, eleven countries, 21,600 miles, two pairs of shoes, one carryon bag–and i had one last adventure:  something illegal in the united states but apparently available on every street corner in brighton, england.

This entry was posted on Thursday, November 10th, 2011 at 10:59 am and tagged with brighton, bristol, brunel, dortmund, easyjet, facebook, fame after death, guy fawkes, halloween, lewes and posted in Uncategorized. You can follow any responses to this entry through the RSS 2.0 feed.
« dortmund might be a disaster, or just a distraction
illegal fish pedicures in brighton »

7 responses to “i finish up seeing facebook friends in england! now to get myself home. . .”