you’re going to make it after all!

f2fb friend #273 prescott seymour and i could have met at laguardia on thursday evening.  we were coming in at the same time–he from orlando and me from chicago.  we both saw the taxi line.  i stayed, he fled.  we didn’t see each other but i had come to new york specifically to see him.  it would have to wait until friday night.

i’m not good at uncertainty and when i don’t know exactly what i’m doing and what’s going to happen, i get extremely nervous.  prescott is a little more relaxed about time and he should be–he has just returned from a two year journey of being a performer on the disney cruise lines.  he’s been all over the world, living in a ship, doing thirteen shows a week, and always always always in character. . .. 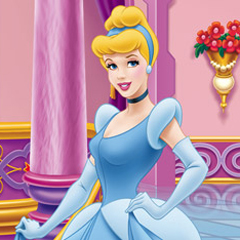 i was at cinderella's castle and told the disney actress she did a great job of being cinderella. she blinked and said "and you do a GREAT job of being you!" those are very very wise words. but prescott says being on a disney cruise ship is like that. always maintain character, so if someone says "you were great in peter pan last night" you say "that wasn't me, peter pan came from neverland!" prescott does a great job of being a lot of people..

so while i was waiting to hear from prescott i couldn’t get motivated.  all of new york outside my hotel and i couldn’t go out.  and when i did i found it very overwhelming.  i can see why new yorkers get a reputation for being brusque and quite possibly a bit, well, pushy.  but they have to be or else they would be swept away and find themselves unexpectedly bobbing along in the hudson river.   but i became a bit of a new yorker and found it too much–especially since i was convinced that prescott was going to flake out on me.  i’ve had entirely too much of that in this project. . .
but maybe i’m the flakey one?
in any event, i wiped off the mascara and met prescott and eric at the rockefeller center.  it was a friday night and every tourist had decided that looking at the tree was a great idea.  regular new yorkers were heading for the exit doors.
prescott has four siblings–cory russ rickerson, christi russ, deb, charlie and tom seymour.  the seymour-russ-rickersons live in alaska, colorado, illinois and new york.  i have seen them all this year.  i hadn’t known much about prescott because we ordinarily see each other at parties and you can’t really get to know how charming and great someone is until you have some face time with them.  this trip was definitely worth it because i’ve come to see prescott that way!  (and eric too)  and they went all mary tyler moore on me!
so the next time i see prescott and eric will be in chicago.  we’ll be playing whirlyball, we won’t have much time to catch up, but prescott is not going to be “oh, the younger brother who’s an actor” and eric isn’t going to be “the boyfriend of the younger brother who’s an actor”. . . and we’re going to totally rule the whirly ball court!

This entry was posted on Saturday, December 10th, 2011 at 3:40 pm and tagged with cinderella, disney cruise, f2fb, facebook, mary tyler moore, new york and posted in Uncategorized. You can follow any responses to this entry through the RSS 2.0 feed.
« i’m feeling pretty alec baldwin myself today
how to work the runway–lessons in being a supermodel »

3 responses to “you’re going to make it after all!”