your new years resolution is going to happen in 2012!

last year, at december 30, i woke up and decided what i was going to do to change my life.  not change it by saying i’m going to lose five pounds, drink less, get more organized.  none of those resolutions that disappear by february, leaving self-loathing as a lenten finish.

i am a person who doesn’t leave the house unless i have to.  i am person who is afraid all the time.   i am a person who lives alone but thinks i have a great social life because i’m on the computer all day and i’m communicating.  particularly on facebook. 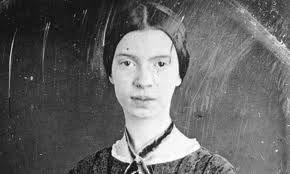 emily dickinson was a nineteenth century poet who was a reclusive spinster. i am not a spinster, having been married once. and i'm not a poet. but she definitely would have had a healthy facebook account.

so i decided i would meet every one of these people whom i have messaged and messaged by, posted and responded to posts, liked and commented on.  i knew it would mean getting on a plane.  going to a country not my own.  meeting people.  some of them for the first time.  or at least the first time in a long time.  but i knew i was sick of being me.  of drinking or taking ativan to make it through the things that most people regard as just what you do in our modern times.  don’t tell me to try therapy–i have and i think therapy just makes me dependent on a therapist.  don’t tell me drugs–i like them, don’t get me wrong, but drugs just help me addicted to drugs.  meditation, hypnosis, etc.–i’ve tried them.  this time i would try relying on me . . . and my friends.

so for you, make a resolution.  make it huge.  make it so huge it scares you.  it should really scare you.  and then tell everyone of your friends.  on your facebook page, on a comment to this blog, by telling the town gossip, whatever it takes.

in my case, i posted a video on my facebook profile page and within hours i knew what this year was going to be like.  it scared me.  and it should have.  if you want to read about that, go to the top of this blog page and click on the “for those who like to start at the beginning”.  then i started taking baby steps.  small discrete things i could handle.  some of the results were funny.  some were heartbreaking.  some were scary.  some made me feel really strong.

do one thing each day in furtherance of your resolution and don’t for a moment think about the obstacles way ahead of you.  trust that you will be strong enough for them when you get there.

the biggest thing i was scared of was traveling around the world.  i decided to break up the friends into geographic zones and visit a few in each zone  and make the travels just a little more challenging each time.  and then come back home and see friends in chicago.

which totally reminds me, i saw facebook friend #290 yesterday.  she was pretty funny.  she didn’t want me to use her name and instead wants me to call her agent 99.  okay that’s fine.  i’m seeing facebook friend 291 today and possibly 292 tomorrow.  i will get to about ninety percent of my goal.

i’ve been to over 51 different cities.  i’ve been on at least forty five flights.  i’ve taken trains, cars, buses, planes although never a boat.  i’ve been to mexico city, the top of alaska, around the world.  i traveled through new york enough times that i honestly can’t remember.  i’ve made new friends.  i’ve rediscovered old friends.  and now when i read a post or a comment, i have a picture in my head of the person.  i know who they are in a way that can’t be communicated just through facebook or a social network site.

i have to make a new years resolution for 2012 and i want it to include some aspect of helping others who are in somewhat the position i was in last year.

rely on your friends to help you with your resolution.  if you don’t ask your friends for help, you’re saying you don’t need them.  and if that’s the case, what kind of friend are you?

This entry was posted on Friday, December 30th, 2011 at 3:57 pm and tagged with agoraphobia, emily dickinson, f2fb, facebook, friendship, new years resolutions and posted in Uncategorized. You can follow any responses to this entry through the RSS 2.0 feed.
« friends for a reason friends for a season
the new year begins january 2 this year! »

2 responses to “your new years resolution is going to happen in 2012!”