so i’ve been thinking about the great decision that we as americans have made.  particularly the women vote. 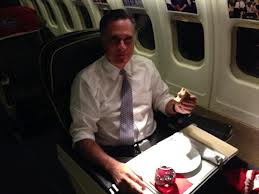 no, no, no! not the presidential election. that’s over. here’s mitt having a final peanut butter and honey sandwich on air romney. he was vociferous in the battle and gracious in defeat.

the academic and quite erudite journal of sociology cosmopolitan magazine has released a survey of women (that would be me) and their internet habits (uh oh).  an astonishing 57% of their respondents would rather give up sex for two weeks than stop using their internet social networking site of choice.

quel horreur?  no facebook for two weeks?  well, it’s not like i’ve been getting regular sex so my response would have been more like “oh, okay, another two weeks of thinking everybody else is having great sex but i’m the total loser OR i have to give up facebook?” 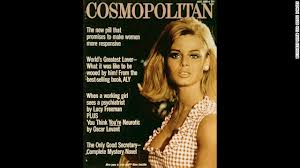 cosmopolitan magazine was created by helen gurley brown who advised women to sashay out into the world and get it all–money, sex, love, career–AND enjoy it! every month the magazine promises its readers sex tips that will drive a man crazy, how to’s on the perfect coif, and how to get ahead in business. i might be fifty two but i don’t feel too old for this advice!

the strangest part of the survey was that two percent of women have actually stopped in the middle of doing the nasty in order to tweet or check their facebook status.  and this study had over a thousand respondents–there’s only four kardashian sisters!