facebook was originally a term given to the student directories that certain schools gave out to make remembering the name of the cute dude in calculus easier.  harvard, where mark zuckerberg attended, didn’t have a facebook but several of the fraternities and sororities had their own individual facebooks. 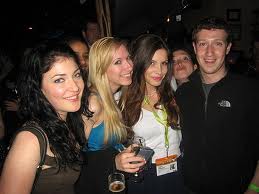 mark had a little fun by hacking into the databases for these facebooks and creating “facemash” — an online game of “hot or not” in which players rated side by side pictures of their classmates. the game attracted 450 players and 22,000 views in the first four hours. mark got into some trouble and was nearly expelled but then he decided that “facemash” had tapped into some primal needs for connection and for looking at cute potentials. facemash didn’t ask players to rate pictures of adorable kittens, inspirational thoughts, or team logos–all of which have been or are presently used by some of my facebook friends!

mark played around with other similar applications, eventually hitting on what we now use as facebook.  facebook sometimes makes us believe we have a rich and varied social life when we really haven’t even gotten out of bed all day.  and facebook sometimes brings people together who wouldn’t normally interact.  one of the surprises of my new years resolution to meet my facebook friends was discovering how different and yet how similar i am to my friends.

this past week i went to los angeles with two chaperones reggie gholston and vincent peters.  i sometimes take chaperones because it’s a good safety measure.

i also took these chaperones because reggie (on the left) is being deployed to afghanistan in a few weeks. he will be gone for a year and my “care” packages will include smokes, toilet paper, and food. both vince and reggie are my facebook friends, but they are more than that. they are my buddies.

one of the facebook friends i wanted to meet was #324 brandon day.  he is a twentysomething genius who ran into a bit of trouble a few years ago when he experienced full on agoraphobia.  it was difficult for him to explain to his family and friends what he was going through–panic attacks that made it impossible for him to get beyond the front door.  i think with facebook people can connect and relate their common experiences and they don’t feel so alone or so weird.

and that’s an even more important application of mark zuckerberg’s genius than offering the world the opportunity to rate their fellow humans hot or not.

brandon’s genius is in the creation of phone apps, video games and whatnot.  through the magic of facebook i am friends with sarah, whom i visited in detroit.  she is agoraphobic.  and she wants very much to create video games, which she oughta be real good at because video games is how she gets through her day.  i introduced the two of them via facebook and when i met brandon we had a message for her.

brandon is working on a phone application and website to help agoraphobics like sarah and our fondest wish is that the three of us will be together for lunch in los angeles, detroit, chicago, london, paris, rome?

meanwhile, on the other coast, last night i received a message from facebook friend michele piersiak.  she lives in staten island and has had trouble leaving the house for a year.  i visited her and she felt i was “safe” to walk around the neighborhood with.  we talked about major goals–hers is to become a psychologist who helps people with social anxieties.  and then we talked about minor goals.  i think of minor goals as the things that may sound silly to other people but they are building blocks for your major goal.  michele’s is to have dinner at laconde verde, a restaurant in manhattan owned by robert deniro.  there are reservations under my name for august ninth!  in order to do that, she has had to make mini-goals of walking around her neighborhood on her own, going to shops and stores, using public transportation.  just yesterday, she readied herself for the laconde verde lunch by going to lunch with facebook pal carolyn quinn.  facebook matchmaking. 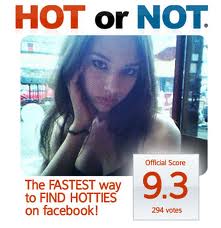 you can play hot or not on facebook, but i think facebook and other social networking sites have a lot more to offer. or maybe i am just worried i’d get a “not”!

after saying goodbye to brandon, the chaperones and i headed for las vegas where we would ultimately end up with friendship tragedy.  still, if our adventure could be a moviemash it would be “driving miss daisie” and “the hangover”. . .